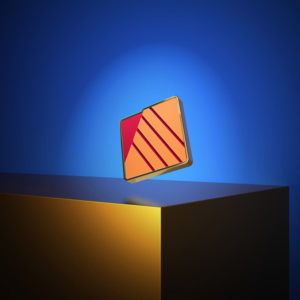 Attendees gained a wealth of information, from how to get publishing software at lower cost – or free, even – to how they might work around limited platforms in using new apps. And that was before the meeting started! Henry once again showed how he can process information about as fast as the apps he’s using. Doug demonstrated why you can trust the information you receive at a CDPUG event like this.  Along with the features and benefits you’d expect from a product manager, he also pointed out improvements to be made and issues to be resolved.

To start, Henry noted that Affinity is in its “infancy,” having emerged from beta testing a little over a year ago.  Companion products Affinity Designer and Affinity Photo have been around much longer.  Together the three are positioned to compete with the Adobe Creative Suite.  Affinity Publisher also compares with Microsoft Pagemaker and InDesign.

One of the reasons to look at Affinity is a warning on your screen to users of InDesign CC 13 that an IDML file saved with a later version will not open. Windows supports older versions but “ I think that’s going to come to an end as well,” Henry cautioned.

The IDML file is the “Rosetta stone, a bridge between InDesign and Publisher,” Henry said.  At that point (about 3:30 into the YouTube video of the meeting) he showed how to import the IDML doc into Affinity Publisher.

The video can be found at https://www.youtube.com/watch?v=NnA19yivy_M&t=4942s

Henry went on to cover --

He also gave tips on:

“A lot of the shortcuts are the same ones you’re used to,” he said.  “You’ll see a lot of the same tools such as layers and an interface with a text box.  They do have a meld under layers very similar to what you’ll find in Illustrator and that’s the only unusual aspect of this.”

He showed how to move from Publisher to Photo or Designer, without having to open those apps.  He noted that Publisher optimizes the experience if you have a distinct GPU in your computer rather than an integrated one.

The meat of Henry’s presentation, in which he uses a file for a restaurant menu as an example, starts at about 11:30 into the YouTube video.

Henry said that in some ways, such as collecting fonts, Publisher is not as robust as Adobe, which has more contracts with the font companies.  He noted that this is not a problem if you have your files in one place rather than scattered throughout your computer.

His demo of how to merge documents can be found at 27.30 and at 30:00 he showed how to achieve default palettes which Affinity doesn’t provide out-of-the-box (“a head scratcher for me.”)

Henry closed his prepared remarks at 34:20 with Affinity Publisher’s list of “tips and tricks” to help make the transition from InDesign to Publisher easier.  “There’s plenty of help on the Internet with how to work with it,” including videos on the Affinity website, he said.  Spike Radway added that Lynda.com (free with a library card) offers courses on the Affinity products.

“The Affinity community is really incredible and growing particularly in Europe where the cost for Adobe CC suite is much higher than in the US,” Henry said.  “At $150 for all 3 apps, compared with Adobe CC (at $50/month) you’ve paid for it in three months."  Spike pointed out that Affinity has a 7-day trial (“Make sure you start the trial when you have time to work with it”) and an occasional sale.

Henry segued to Doug Rozen’s presentation by noting that Markzware enables you to achieve IDML docs without needing InDesign and also allows you to convert to many other formats.

Doug Rosen in his own intro said Affinity also prints books for Illustrator and Photo although not yet for Publisher, suggesting that you look for specials.  “The books can cost as much as the software.”

At 42:10 he began his overview of the Markszware Conversion Products -- “Groucho, Chico, Harpo and Papa Marx.”  Although they look the same to the user these are stand alone products that take different inputs.

"Groucho" is IDMarkz, which converts InDesign files and InDesign template files to IDML which can be sent to Affinity Publisher.

Each product also outputs to PDF, TIFF, JPEG and PNG.  “And we’ve just added the ability to export plain TXT or HTML out of your file."

"Papa Markz" refers to an effort to bundle the three “sons” into a product called OmniMarkz. The company also is working on Flight Check Express, a 64-bit app which will run on Mojave, to take the place of Flight Check, the company’s initial pre-flight app which, at 32 bits, cannot run on Mac OS 10:15 or higher. “We hope to be ready soon with Flight Check Express for the new M-1 chip.”

Doug then dove into each of the Markz brothers in more detail:

Doug said Markzware sells IDMarkz and the other apps as a subscription or as a perpetual license.  “The license will expire in about 2,000 years, so I don’t know if you’ll have that much time to use it.”  With a “perpetual,” new developments carry an upgrade fee but not with an active subscription.

At 1:22:20 the presenters responded to some final questions:

Can you convert files with foreign languages?

Doug: They can be a problem because they use glyphs.  Some fonts are very protected -- and very expensive.

Henry (1:28:00):  As long as your operating system supports the foreign language files they will load.  But the flow, like in Asian languages and Middle Eastern languages like Hebrew, they will read from right to left.  Quark will support files that read from top to bottom and from right to left.  So will Illustrator.  InDesign -- I’m not sure.  I’m assuming newer versions of Publisher will support the fonts, but the flow?

Doug (1:24:50):  When you read from right to left the pages are flipped.  The binding is on the other side.  There may also be a different hyphenation and pagination system which will affect the flow of text.  Japanese has diacritical marks and can run from top to bottom, right to left and left to right -- all three directions in one document.  The Middle Eastern languages also have diacritical marks that can be challenging.  But the typical problem is the glyph, which will come out as a tilde or a square.

Henry (1:26:00):  That’s why it’s important to convert to outline or “curves” (Affinity’s term for outlines.)  referring back to an earlier question.

Can you batch convert files in IDMarkz?  Any idea how many?  Is the hardware critical?

From Mary Averill: Since the writing of this review, Affinity has released a new version, now at 1.9. They are offering a 90-day free trial. https://affinity.serif.com/en-us/

About the Author: Mary Averill

I started working at my hometown community newspaper at age 14 and became Graphics Lab Manager at the tender young age of 16. I have held several key positions in my professional life, including a 13-year stint in an in-house corporate Creative Department at Matrix Essentials. That job changed my life and strengthened my foundation without question. I think I’ve always had an entrepreneurial vein and have been so fortunate to team up with incredible and gifted professionals in my own business. Collaborative efforts are the best, makes everything worth doing. I have worked with people all over the world. I do love this work.